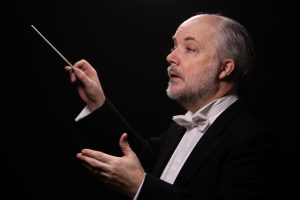 Frank Kelly comes from Dublin and studied at Trinity College Dublin graduating with an
Honours Degree in Music in 1981 and a Higher Diploma in Education in 1982.

He studied Piano and Organ at the Royal Irish Academy of Music where his teacher was the
well-known Irish concert pianist Dr. John O’Conor. He won many scholarships at the Academy and was awarded Student of the Year in 1981. He was awarded the L.R.S.M. from the Associated Board of the Royal Schools of Music in Piano Teaching and the L.R.I.A.M from the Royal Irish Academy of Music in Performance. Frank won many competitions at the Feis Ceoil, Feis Maitiú in Dublin and Cork and at the Arklow Festival. He was a piano finalist on the RTE Musician of the Future competition. He performed a number of recitals on RTE radio and around the country.

In 1983 Frank went to France to study piano on a French Government Scholarship for two
years. While at college Frank also studied Singing with Dr. Veronica (Ronnie) Dunne at the Dublin College of Music; now the TUD Conservatory of Music and Drama.

Frank’s teaching career at second level spanned thirty years until his retirement in 2014. He
has extensive experience in the teaching and examination of music at Junior and Leaving Cert
levels. Frank has been teaching Piano for thirty-five years and has taught pupils from children to adults at all levels from Beginner to Diploma standard. Frank has been a Voice-Coach and Choral Trainer for forty years. He has taught singing at all levels and trained all types of choirs including Children’s Choirs, Youth Choirs (of Girls, Boys and Mixed) and Adult Choirs (Male Voice, Ladies Choirs, Church Choirs and Choral Societies).

Frank Kelly has always been an enthusiastic advocate of Community Music. His whole career
has been dedicated to bringing good music into the lives of people in Wicklow through his
work with choirs and piano-teaching but also through his Music Project in Ashford National
School where he taught Singing and Choir and such instruments as Keyboard, Guitar, Recorder, Tin Whistle, Accordion and Violin to many children and introduced them to the wonderful world that is music.

We are now SOLD OUT for general admission for Christmas Concert on 17th December! We are at full capacity for our venue - there will be NO tickets available at the door.

If you would still like to hear the lovely sounds of Christmas from Bray Choral Society we have an unlimited number of online streaming tickets still for sale!

You can purchase tickets for the livestream here